Our team was on location in Wazirabad, aboard the convoy of Imran Khan, as a gunman opened fire wounding the former PM and killing a supporter.

On November 3, Imran Khan and his supporters were marching to Islamabad to demand snap elections. A gunman opened fire on his convoy, wounding Khan and killing a supporter. The former Prime Minister of Pakistan was rushed to a nearby hospital where it was reported that he was stable and recovering from a bullet wound in his leg.

The incident triggered widespread protests across the south Asian nation, with Pakistan Tehreek-e-Insaf (PTI) supporters blockading roads and demonstrating in solidarity with their leader. This comes amid a fraught political climate in the country after Khan became the first Prime Minister in Pakistan’s history to be removed from power through a no-confidence motion.

The video below shows how we validated the material we received which shows the chaotic scenes in the immediate aftermath of the attempt on Khan’s life. 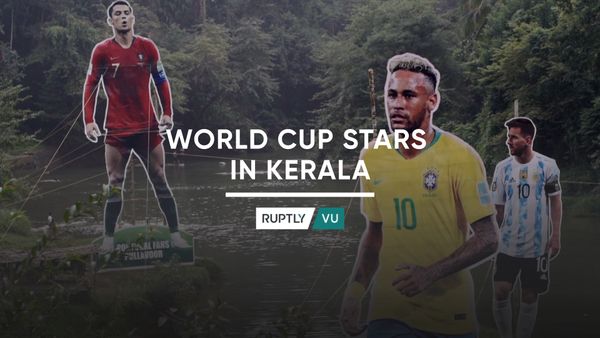 Our team was on location in Pullavoor to see giant cutouts of Portugal talisman Cristiano Ronaldo, Brazil’s Neymar and Argentinian star Lionel Messi which appeared in late October in

Our team was present in Zamboanga City to witness the aftermath of days of intense flooding and landslides after a devastating tropical storm hit the island of Mindanao. On October